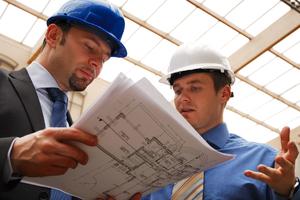 The construction of modern industrial buildings and facilities, the carrying out of comprehensive overhaul of premises presuppose a professionally planned management and control of all stages of production process. Often the Customer's services abilities are not enough for construction work quality total control. When building facilities and during major repairs (reconstruction), it is economically expedient to transfer these functions to the general contractor (for general contracting).

The advantage of working with a general contractor organization is the professional coordination of the actions of subcontractors, suppliers, necessary to comply with construction technologies, avoid loss, marriage and downtime, and, importantly, reduce conflicts in the construction process.